Television fame for the Tensabarrier® 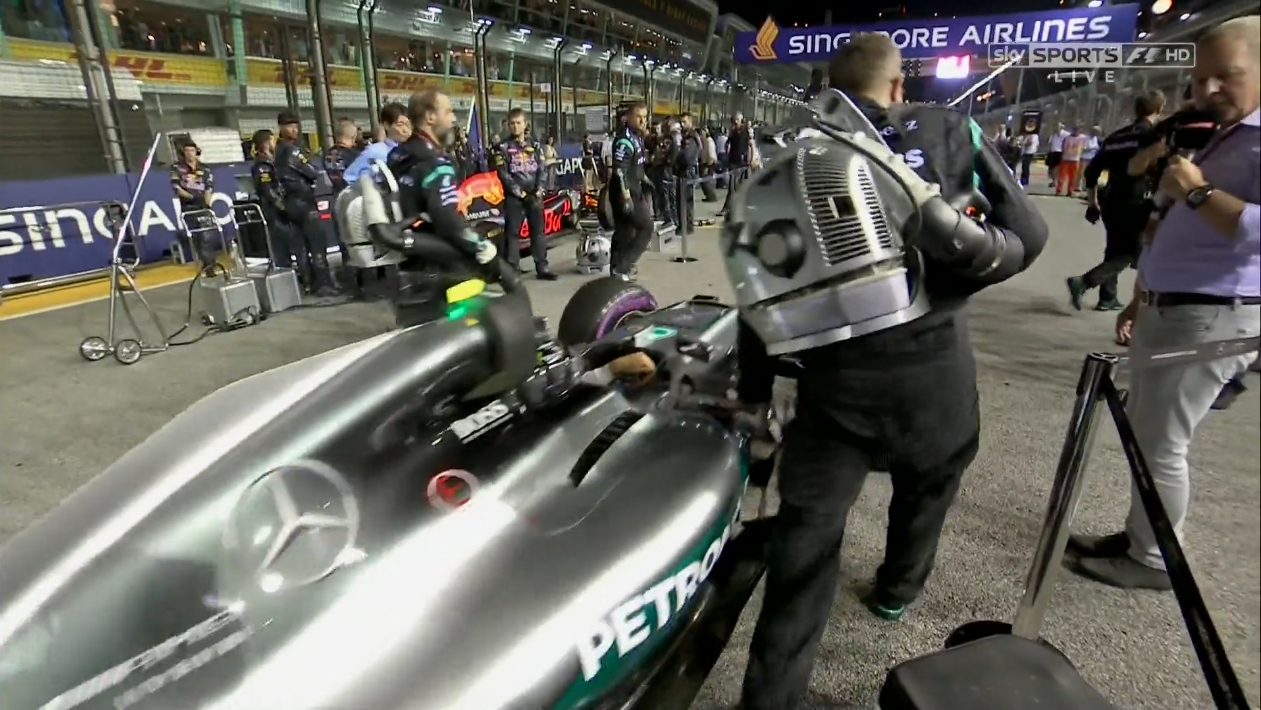 Our queue management solutions do an important job, keeping customers and commuters safe at airports, retail spaces and leisure attractions around the world. But, it’s not often we’re given a mention on an international stage.

Well, that all changed last month when an eagle-eyed member of the Tensator Group team spotted Martin Brundle wander past some Formula One branded Tensabarriers® on his routine grid walk at the Singapore Grand Prix.

It’s true Bernie Ecclestone and industry journalist Michael Schmidt are synonymous at the Marina Bay Street Circuit, but the reality is that unsung heroes like Tensabarriers® are crucial in keeping crowds under control in such potentially dangerous environments.

Pit lane accidents are few and far between – but when they do happen, they can be catastrophic. No-one would suggest a Tensabarrier® could ward off a rogue Formula One car, but having clearly defined “do not cross” barriers keep people in check, aware of their surroundings and out of the way from health and safety risks – no matter which industry they are found in.

In other sectors, congestion is inevitable but easily managed. For a retail outlet, this is really the best sort of problem to have. After all, if your store is full of paying customers, you just need to ensure that queue-jumping, customer frustration, and physical hazards and risks are minimised to keep people happy.

We’re convinced that this TV debut for our very own retractable barriers isn’t a first. If you’ve spotted a Tensabarrier®, let us know! Tweet us @Tensator and we’ll retweet the best.

Watch the highlights from the Singapore Grand Prix here.