The Vodafone Group is one of the world’s most significant and recognizable mobile telecommunications brands. With ownership interests in 30 countries and partnership networks in a further 40, its
presence is significant.

In Portugal, it is a market leader with approximately 323 million customers. Since the early days of mobile phones in the country, Vodafone has been the pioneer of innovation, brand image and customer satisfaction.

To further improve and speed up its customer service in its stores, Vodafone Portugal wanted to move pay-as-you-go transactions away from the service desks and create an automated solution in another area of the store. This would allow staff to focus their attention on sales and service, rather than routine credit top-ups. Queue management and customer journey specialist the Tensator Group was contacted, and immediately identified what the company needed.

“Vodafone Portugal has calculated from its own data that the system can pay for itself after just eight months in service. In addition, Tensator also takes care of all the maintenance of the machines as part of an ongoing contract. With the first systems having been installed in 2005, the company and its customers alike are now reaping the benefits of its much more efficient and easy-to-use service.”

Tensator developed a bespoke ECHARGE solution for Vodafone. Using its range of Multi-Service Machines as a base for functionality, which include touchscreen user interfaces and easy-to-navigate
commands for a fast and easy top-up. These are then incorporated into displays and store furniture, to integrate seamlessly with the Vodafone brand while also complying with the Tensator’s own safety and certification regulations.

Upon arriving, customers wanting to add credit to their phones are directed towards the colorful area of the store. They are asked to enter their mobile number, using the virtual keyboard on the touchscreen. The system is connected to Vodafone’s database, which allows fast validation of the number before the transaction can continue.

The customer will then be asked to select their top-up amount and pay. The payment confirmation is sent immediately, the equipment issues a receipt to the customer and, at the same time, sends a confirmation text message to their mobile phone. The simplicity of the process means fast service even at busy times when staff are otherwise engaged.

Vodafone Portugal now has 62 ECHARGE top-up machines operating in the country, all connected to its customer database. This network of machines is sophisticated enough to log and analyze statistical data about customers’ buying patterns in its stores, providing yet more service and value for the company.

The system was so successful that Vodafone placed a further order for 15 additional Machines.

Alan McPherson, CEO at Tensator, believes that other retailers can now learn of the benefits of using such technology:

“This is a vivid example of how our self-service systems can deliver stark results for retailers, improving their customer flow and freeing up staff. It creates the capacity to generate far more revenue than its cost after a very short period.”

The stores using the technology are widespread across Portugal – ranging from north to south, as well
as on the islands of Azores and Madeira.

Vodafone Portugal has calculated from its own data that the system can pay for itself after just eight months in service. In addition, Tensator also takes care of all the maintenance of the machines as part of an ongoing contract. With the first systems having been installed in 2005, the company and its customers alike are now reaping the benefits of its much more efficient and easy-to-use service.

The company has around 5.8 million customers registered to its cellular service, corresponding to more than one third of all mobile service customers in the national market. Vodafone continues to differentiate itself as the most innovative and customer-oriented Portuguese operator, through the development of useful and competitive services, making available the best offers in the market.

Buying cheap queue barriers always seems like a good idea at the time. After all, it’s just a queuing barrier, why would you want to spend any more money than you have to? Well… The snags you hit after you buy cheap queue barriers lead to you losing money, rather than saving it. In this […] 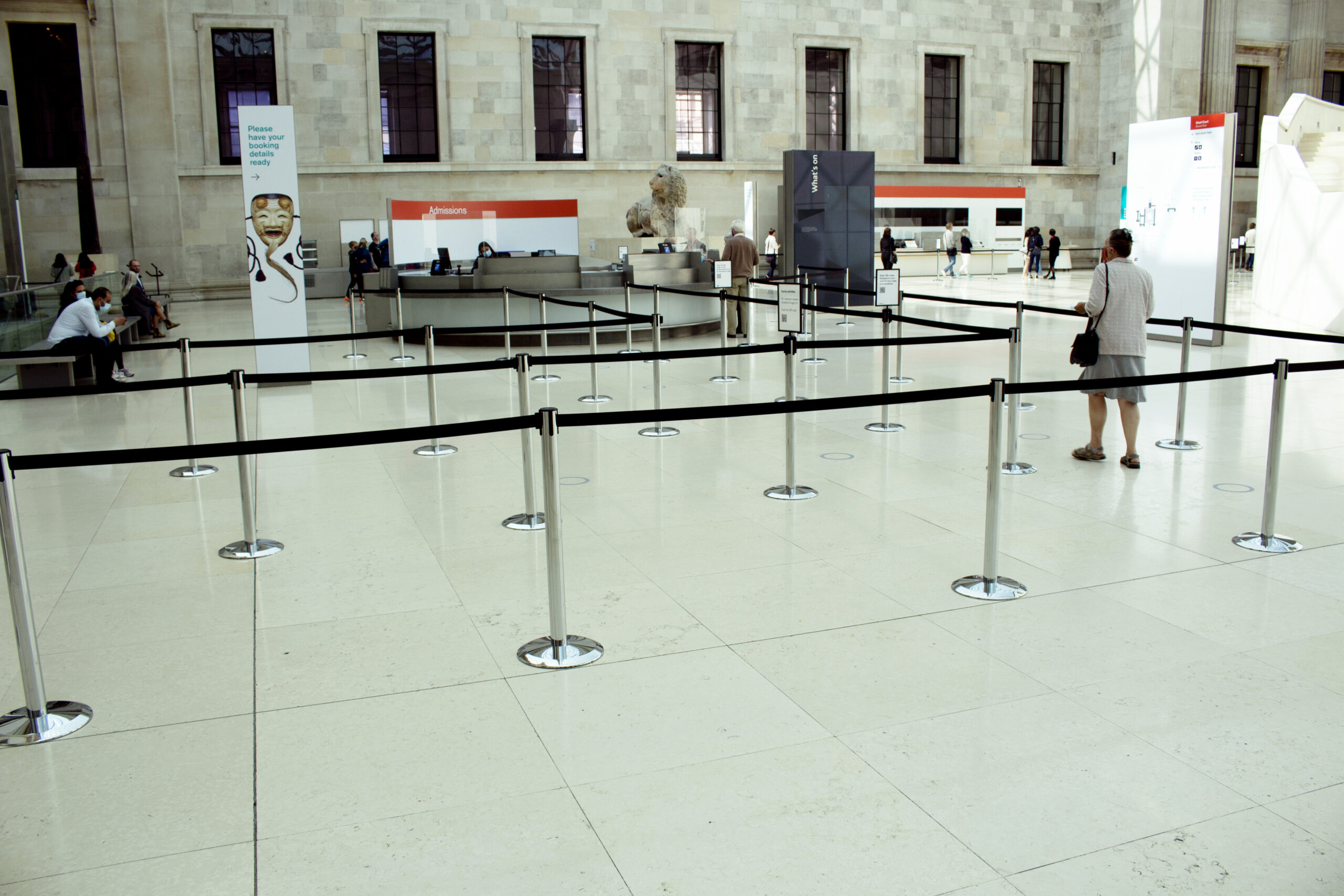 How to successfully implement a retractable barrier system

You know effective queue management is one of your business’ fundamentals. Successfully implementing a retractable barrier system can improve safety, ease your customers’ ‘queue anxiety, speed up throughput and get your cash registers ringing. But what is the best way to attack this strategy? Here at Tensator, our expertise goes further than manufacturing world-class queue […]