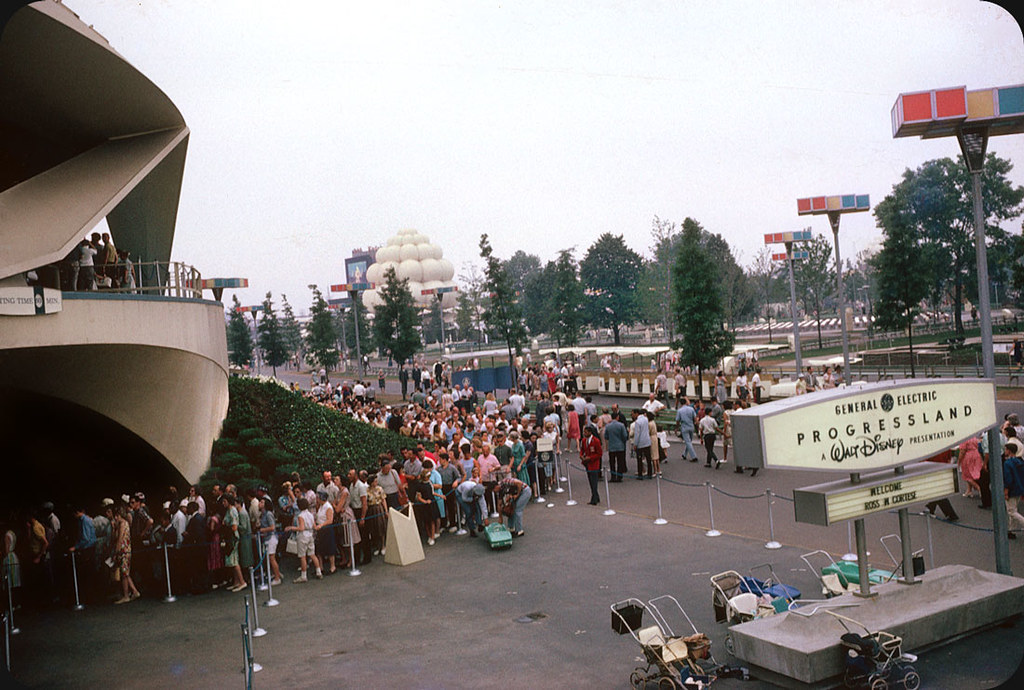 This year marks 140 years of the Lawrence® brand so we’re looking back to the 1964 World’s Fair in New York, where the Lawrence® post and rope truly made its mark, helping one of the largest World’s Fairs in history to manage crowds effectively!

CONCERNS FOR CROWD CONTROL AT THE 1964 WORLD’S FAIR

World’s Fair pavilions are renowned for having unique layouts, which can make crowds of people tricky to manage.

As such, after the architects of some of the major pavilions completed their layouts, they began to worry about crowd control. To help them they turned Benjamin Lawrence and his son Stephen, who at that time owned the Lawrence® Metal brand and were well experienced in using post and rope to guide people through queues.

Looking back at the previous 1939 World’ Fair, there were major crowd control issues, which is why in 1964, exhibitors wanted to have measures in place.

There were several high-profile exhibitors that turned to Lawrence® for help with queue layout and products to assist including:

Exhibitors were so focused on crowd control that the 1964 World’s Fair saw 4000 Lawrence® posts and rope used throughout queuing systems on the site, 10 times more than the ’39 fair! Take a look at Lawrence® post and rope in use during the World’s Fair:

The du Pont Pavillion had one of the hardest crowd control challenges of the entire 1964 World’s Fair. They had two theatres, holding 300 people each with show changes every 10 minutes… a mass amount of people moving in a small area.

How did Lawrence® help to manage the flow of people in du Pont Theatres?

Benjamin and Stephen Lawrence took to the drawing board and designed 2 adjacent snaking queues, one for customers with pre-booked tickets and another for filers-in. This meant that du Pont was able to totally maximise their space and have two very clear and distinguished orderly queues – something that was usually overlooked in the early-mid 1900’s.

140 YEARS OF GUIDING CUSTOMERS IN STYLE

Whilst 140 years may have passed since Benjamin Lawrence built his first product, Lawrence® posts and rope remain one of the most premium and elegant queuing solutions on the market.

You can find out more about our Lawrence® product range here.

If you’re in the US and want to buy Lawrence® post and rope products, click on the button below:

As well as having a superior product, the 1964 Worlds’ Fair is a fine example of how Lawrence® helped customers by configuring and designing a queuing system that works for specific environments.

Fast forward to today and Tensator are still passionate about this approach to queue management. We work with customers to configure layouts and even create bespoke products to ensure your customers get the best experience possible.

If you need help with queue management, why not book a free, no-obligation, consultation to discuss your requirements?