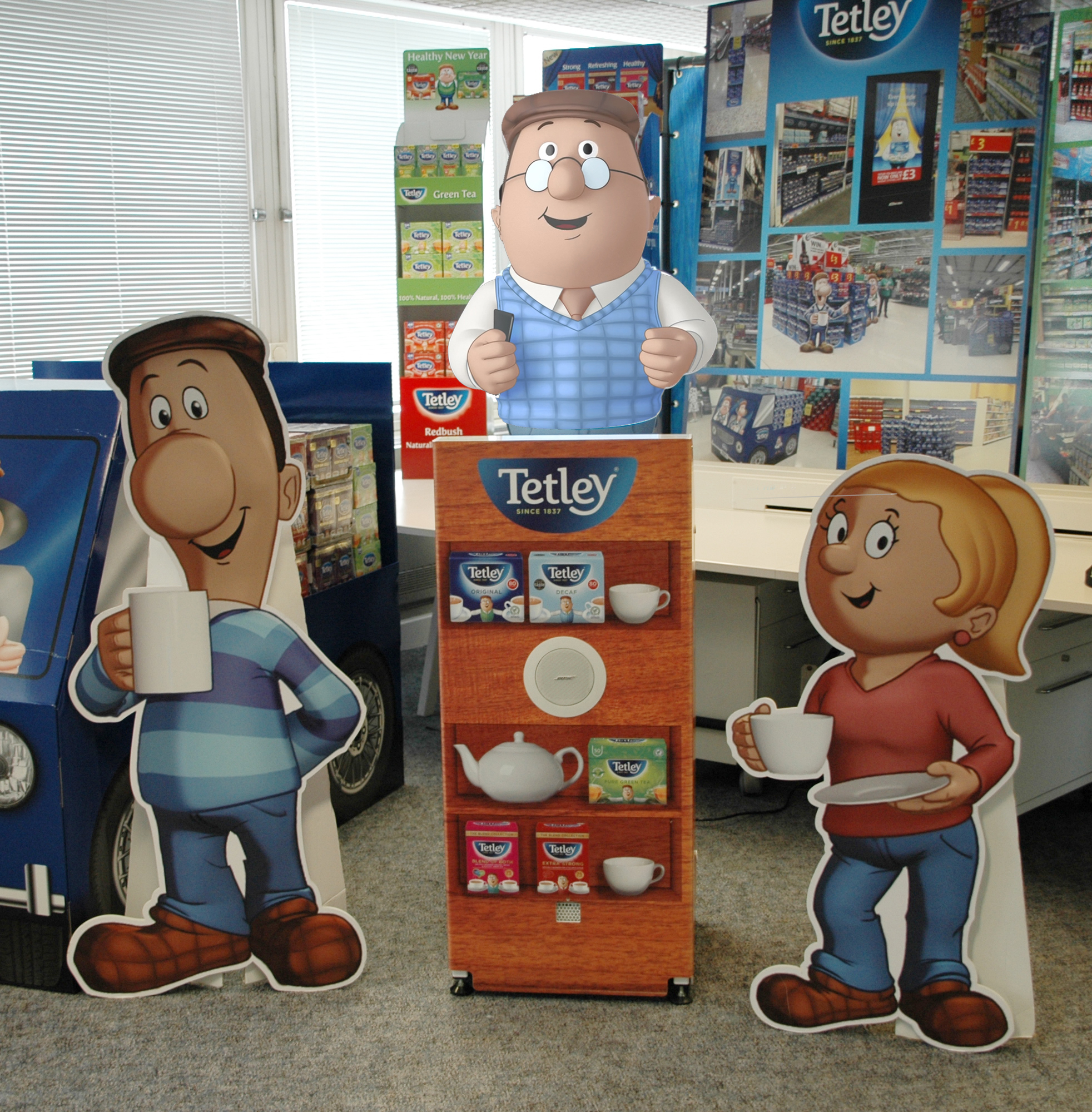 The January issue of STORES Magazine and NRF.com includes a spotlight written by Editor Susan Reda, featuring our client Tetley Tea’s implementation of its animated Tensator® Virtual Assistant.  A first of its kind, the article notes that the Tensator® Virtual Assistant brings Gaffer, head of the “Tetley Tea Folk” animated characters used by the brand in advertising, to life — in a matter of speaking — helping attract buyers and point them to special offers.
The article goes on to quote Andrew Pearl, director of customer and shopper marketing for Tetley who remarks that the Tensator® Virtual Assistant is a really engaging promotional tool. Pearl notes that the built-in sensor tells Gaffer when he is on his own so he can call out to any passerby to get them to come over and look at the current tea offers he has on his iPad.
One of the key points raised in the technology spotlight is the impact that an innovative solution like the Tensator® Virtual Assistant has on influencing behavioral change over other forms of digital signage. Research has shown that customers are becoming desensitized to more traditional forms of marketing, and brands need to have an innovative approach to capture customers’ attention.
To read the complete article check out NRF.com’s Spot on Technology.